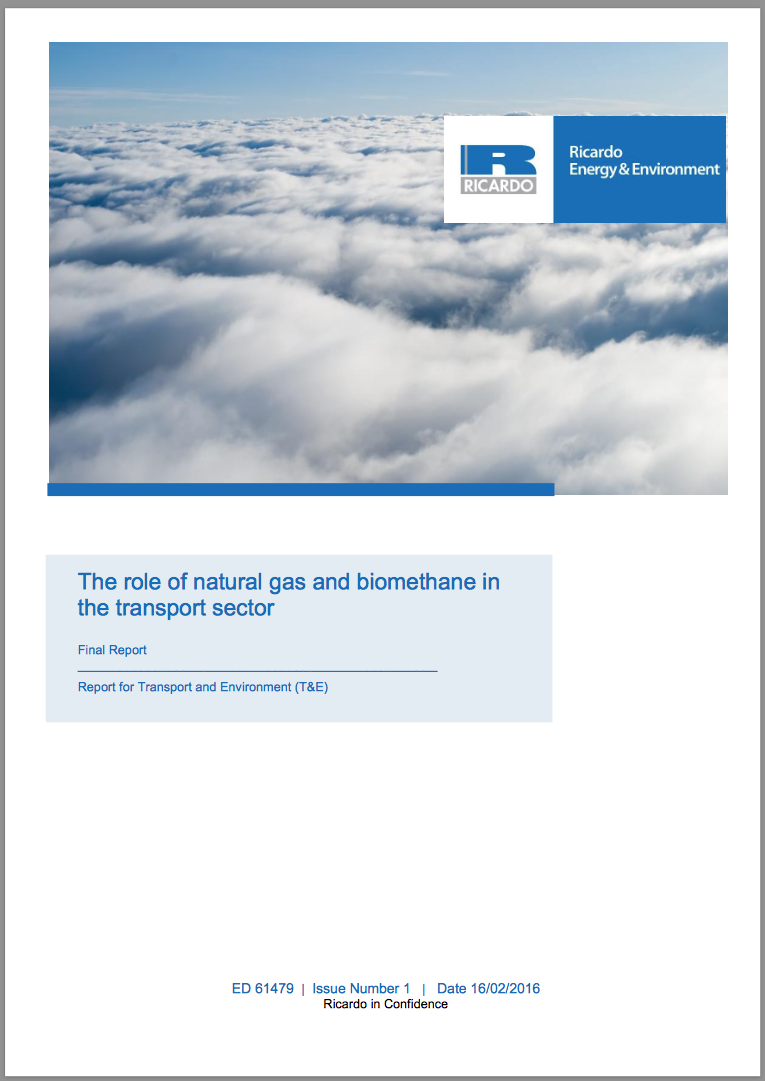 ‘(…) Increasing the use of natural gas in cars and trucks would be largely ineffective in reducing greenhouse gas (GHG) emissions and air pollution, a new independent study finds. There are no GHG savings in shifting from diesel cars and trucks to compressed or liquefied natural gas (LNG) cars and trucks, while petrol-hybrid, electric and hydrogen cars deliver much greater climate benefits, the study for sustainable transport group Transport & Environment says.

Almost no extra air pollution benefits
According to the authors, Ricardo Energy & Environment, compressed natural gas-powered cars (CNG) offer almost no extra air pollution benefits compared to petrol cars. While CNG cars emit less NOx than diesel engines, the introduction of real-world tests and further tightening of emission standards will quickly reduce gas’s advantage. The results come as the European Commission prepares both a proposal on national GHG targets for sectors  not covered by the ETS and a communication on the decarbonisation of transport.

Higher GHG emissions
Gas-powered trucks and buses would always result in higher overall GHG emissions, the study also finds. That’s because the lower exhaust emissions are undone by higher emissions and methane leakage during the extraction, production and transport of gas. Gas trucks also have only minor impacts on air pollution compared to the new Euro VI-standard trucks now on sale.

‘Gas is not the answer’
Carlos Calvel Ambel concluded: “We need to tackle truck CO2 emissions but gas is not the answer. Gas trucks are no better on air pollution and are worse for the climate. Governments need to stop wasting taxpayers’ money on convincing hauliers to invest in a technology that isn’t going anywhere.”

Biomethane from sustainable sources, such as waste, can have niche uses – buses and delivery vehicles at local level – but cannot be generated in sufficient volumes for wider use in road transport, according to the analysis. 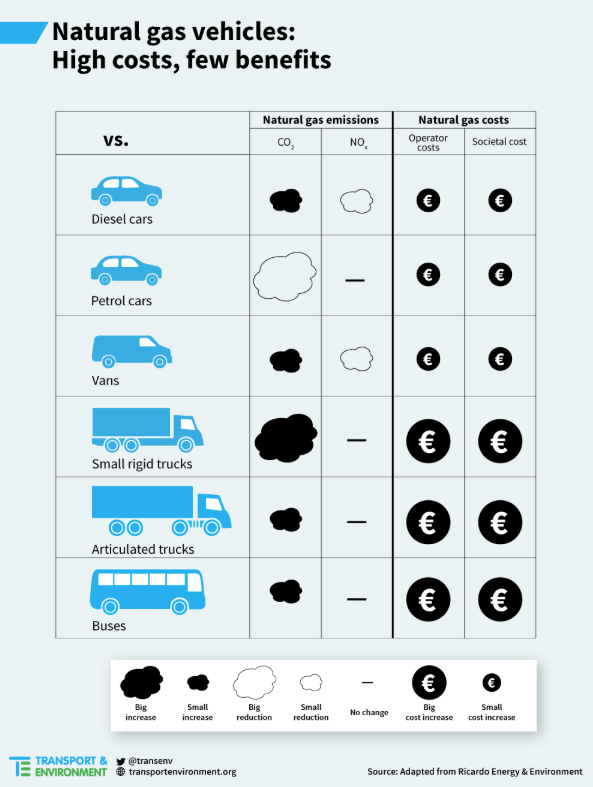