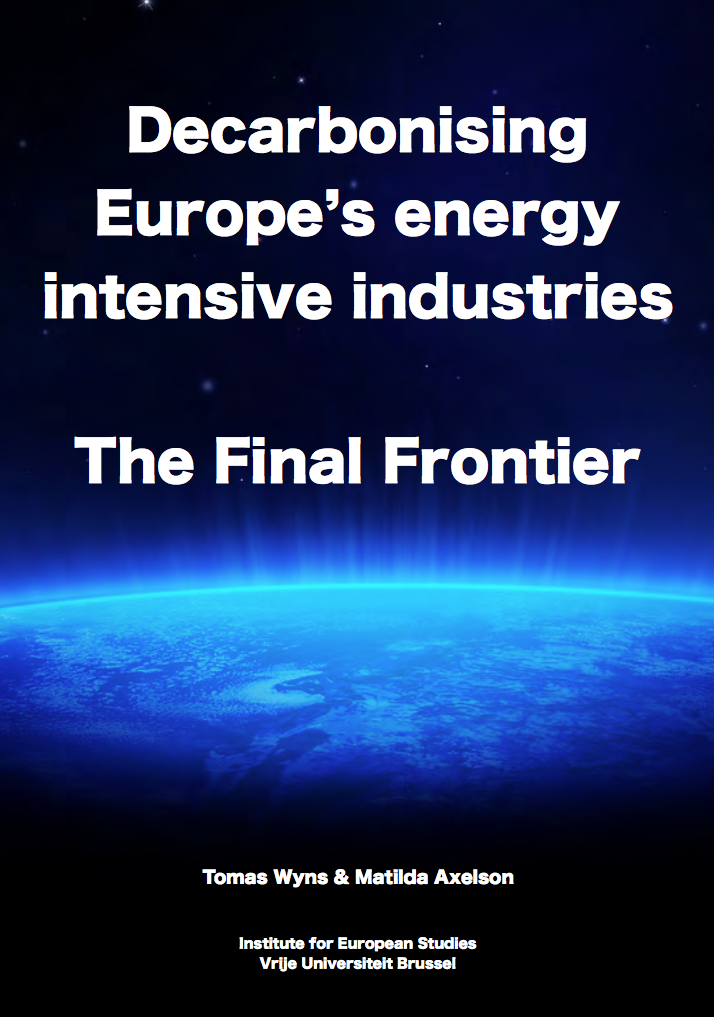 Uit een bericht van Carbon Market Watch
‘(…) New analysis shows that energy intensive industries are able to reduce their CO2 emissions by over 80% while maintaining or even enhancing their competitiveness. The transition will require the introduction of smart public policies, including a reform of the EU Emissions Trading System (EU ETS), currently under negotiations.
The report “The Final Frontier – Decarbonising Europe’s energy intensive industries” focuses on the steel, cement and chemicals sectors, together responsible for about 70% of industry emissions under the EU ETS. The findings highlight that claims by polluters that their industrial sectors cannot be decarbonised  ̶  often used as means to justify special treatment  ̶  are grossly unsubstantiated.

“The EU finds itself at an important moment in the history of its industrial development. Thanks to technological process and product innovations that are created throughout the industries, achieving deep emission reductions necessary for Europe can be possible over the next decades,” says Tomas Wyns, doctoral researcher at The Institute for European Studies and co-author of the report.

As today’s report reveals, further emission reductions across energy intensive sectors are possible. However, without an urgent change to the current ETS rules  ̶  that have earned European industry over €24 billion from 2008-2014  ̶  these pollution cuts will stall over the next 15 years according to the European Environment Agency.

Femke de Jong, EU Policy Director at Carbon Market Watch explains: “Under the EU ETS, energy-intensive industries are allowed to pollute for free and are even able to profit from their pollution to the tune of billions. The EU ETS currently does not send the right signals for the climate friendly transition needed in our economy, nor does it reward the frontrunners that have invested in low-carbon technologies.”

The EU ETS reform under discussion at the moment provides an opportunity to correct these failings by setting a higher carbon price and moving from subsidising industry pollution to investment in low-carbon innovations. Industrial sectors, such as cement, are divided on the EU ETS reform with a split growing between the incumbent, dominant companies and the low-carbon innovators.

“Policymakers should ensure that the EU ETS reform results in a much higher carbon price to provide an economic incentive for low-carbon cement innovations,” says Donal O’Riain, founder of Ecocem, a low-carbon cement producer. “The transition to low-carbon technologies will face heavy resistance from the cement industry, reluctant to change its highly polluting and profitable business models, and needs to be supported by smart policies.”

The required transition in energy intensive industries will only take place if policymakers assist these industries through modernization and rationalization and help reduce the cost of capital of these investments. Governments can also help to create markets for new low-carbon products through public procurement.

The pollution pay-outs to industry in the form of free carbon permits are over 15 times the amount the EU will spend on innovation under the proposed EU ETS reform after 2020. In the coming months, European policymakers are revisiting the free allocation rules, and discussing the design of the new innovation fund of the EU ETS.

Member of the European Parliament Jo Leinen (S&D) comments: “Decarbonising EU’s industries will make Europe more competitive in the long run. The EU needs to support this process by giving the right political incentives and providing funds to drive investments. A well designed and sufficiently equipped ETS innovation fund will be one way to boost new clean technologies.” (…)’