The Future of Solar Energy 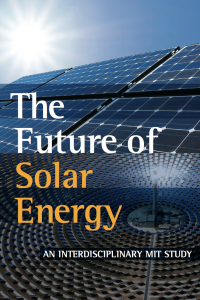 Summary
This study examines the current state of U.S. solar electricity generation, the several technological approaches that have been and could be followed to convert sunlight to electricity, and the market and policy environ- ments the solar industry has faced. Our objective is to assess solar energy’s current and potential competitive position and to identify changes in U.S. government policies that could more efficiently and effectively support the industry’s robust, long-term growth.