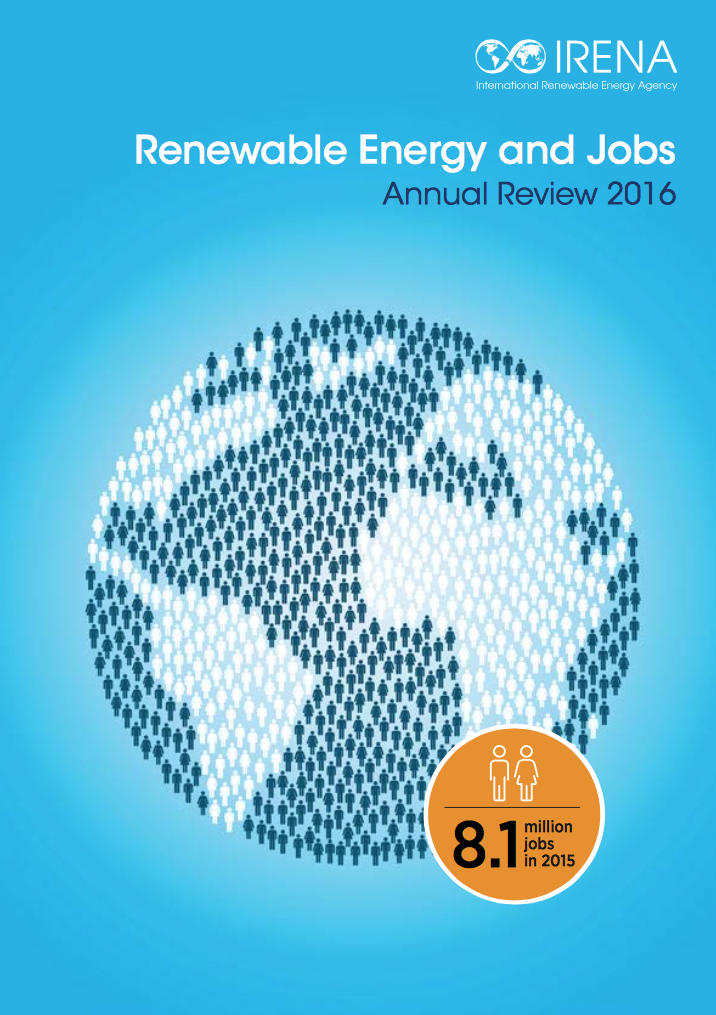 ‘(…) The report, Renewable Energy and Jobs – Annual Review 2016, also provides a global estimate of the number of jobs supported by large hydropower, with a conservative estimate of an additional 1.3 million direct jobs worldwide.
“The continued job growth in the renewable energy sector is significant because it stands in contrast to trends across the energy sector,” said IRENA Director-General Adnan Z. Amin. “This increase is being driven by declining renewable energy technology costs and enabling policy frameworks. We expect this trend to continue as the business case for renewables strengthens and as countries move to achieve their climate targets agreed in Paris.”

While jobs in the broader energy sector fell
The total number of renewable energy jobs worldwide rose in 2015 while jobs in the broader energy sector fell, finds the report. In the United States for example, renewable energy jobs increased 6 per cent while employment in oil and gas decreased 18 per cent. Likewise in China, renewable energy employed 3.5 million people, while oil and gas employed 2.6 million.
As in previous years, enabling policy frameworks remained a key driver of employment. National and state auctions in India and Brazil, tax credits in the United States and favourable policies in Asia have all contributed to employment increases. 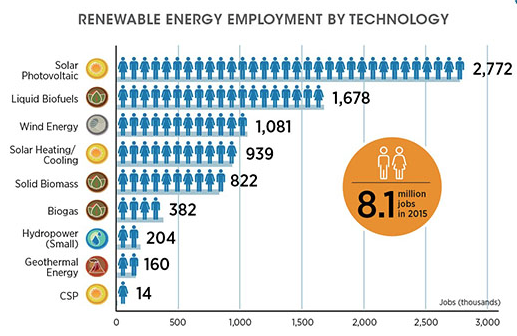