Uit een bericht van het EAA
‘(…) The figures come from the EU annual greenhouse gas inventory submitted to the United Nations. In absolute terms, greenhouse gas emissions have decreased by 1383 million tonnes (Mt) in the EU since 1990, reaching 4282 Mt of CO2 equivalents in 2014.

Hans Bruyninckx, EEA Executive Director, said: “It is positive that Europe has been able to reduce greenhouse gas emissions substantially since 1990. It is an important step towards reaching our 2030 and 2050 climate targets. To accelerate the transition towards a low-carbon society, we need to further boost our investments in technology and innovation aimed at reducing our dependence on fossil fuels.”

The reduction in greenhouse gas emissions over the 24-year period was due to a variety of factors, including the growing share in the use of renewables, the use of less carbon intensive fuels and improvements in energy efficiency, as well as to structural changes in the economy and the economic recession. Demand for energy to heat households has also been lower, as Europe on average has experienced milder winters since 1990, which has also helped reduce emissions according to an analysis linked to the inventory. 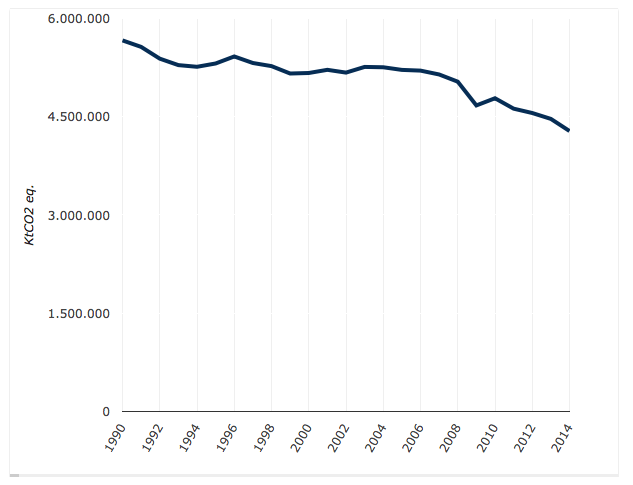 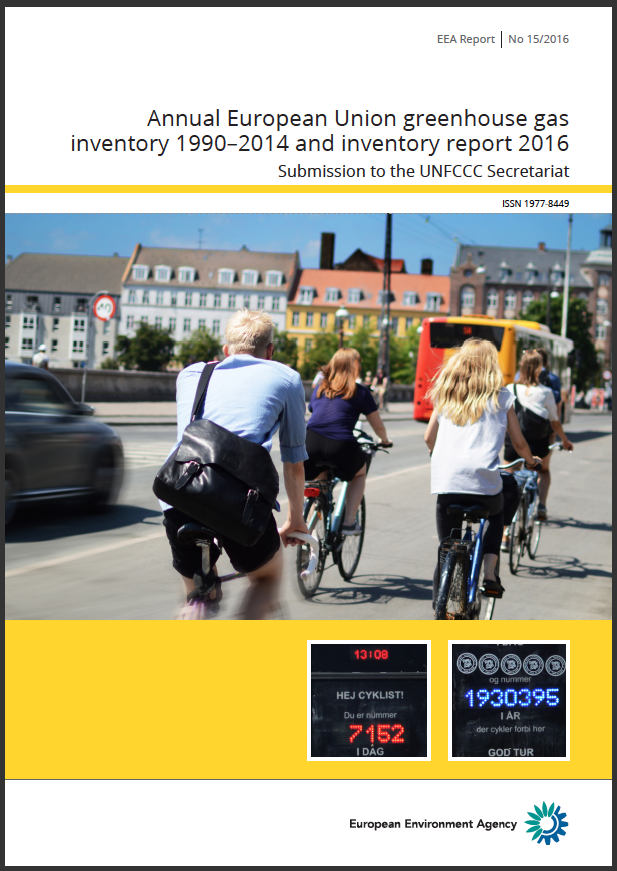 The European Union greenhouse gas inventory is an annual report compiled by the EEA covering emissions of carbon dioxide, methane, nitrous oxide and fluorinated gases from 1990 to two years before the current year. It is the official submission of the EU to the United Nations Framework Convention on Climate Change (UNFCCC). It also constitutes the official submission of the EU plus Iceland under the second commitment period of the Kyoto Protocol. In autumn, the EEA will publish early estimates for the 2015 emissions in the EU, and also a trends and projections report, looking ahead to assess progress against emissions targets. (…)’